Adieu to Ubuntu 10.04 LTS Desktop – which was the King of Linux Distros during its time 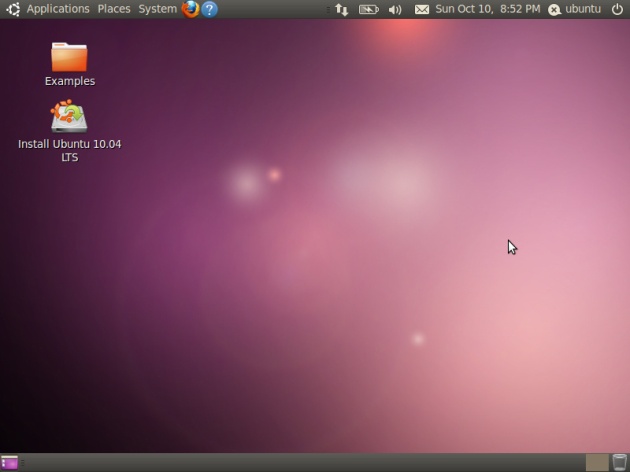 Ubuntu 10.04 LTS came with a new theme (one of the best theme ever made), new icons, new installer etc..  The stability & performance were top notch and it never crashed.  It was truly an amazing release and lived upto its LTS brand name.

With Ubuntu 10.04 LTS, sub-10-second boot and shutdown are now achieved on just about all machines, even those with only 512MB RAM.

I’m pretty sure that Ubuntu 10.04 LTS will definitely stay in the memories of each & everyone who used it as their Primary distro.

The Ubuntu startup sound is incredible and its one of the things that I liked very much.  Every time I boot up Ubuntu, I felt alive listening to that sound.

7 responses to “Adieu to Ubuntu 10.04 LTS Desktop – which was the King of Linux Distros during its time”

Never say no to “Linux” panda

"All that we are is the result of what we have thought. The mind is everything. What we think we become."

"Believe nothing. no matter where you read it, no matter who said it, unless it agrees with your own reasoning and your own common sense."

All codes available in blog are released under "zlib License".

All "other content" available in this blog are free and unencumbered content released into the public domain under "The Unlicense" license.